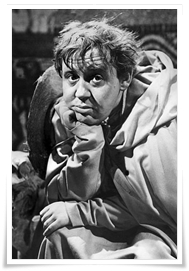 Fittingly for a piece exploring why von Sternberg’s big screen adaptation of Robert Graves’ I, Claudius was never completed, the documentary itself has a rough, unfinished feel to it. Surviving footage reveals a lavish production. Charles Laughton mesmerises as the emperor Claudius.

← Resurrecting Sunshine
The Great Blueness and Other Predicaments →