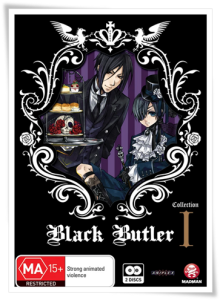 Japanese anime set in late 19th century England and adding a supernatural overlay to the already gruesome underbelly of Victorian society. Singularly compelling when sticking to the dark, uncanny shadows, yet prone also to cutesy outbursts and the furtherance of irksome catchphrases.

← The Glimme
The Little Broomstick →