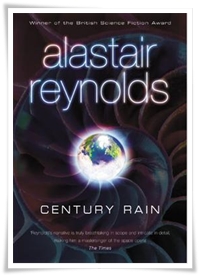 The two storylines (alternative 1950s Paris detective; far future SF archaeologist) are compelling enough while juxtaposed. Once they conflate, however, the intrigue gives way to a longwinded, slow-moving and ultimately unrewarding exploration of premise, considerably less than the sum of its parts.