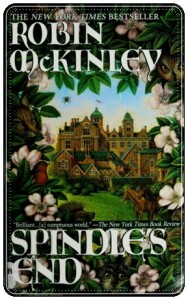 Though Spindle’s End is marketed as a retelling of Sleeping Beauty, what binds the two works is not so much the plot—which bears precious few points in common—but the broader essence of fairy tale, which McKinley maintains throughout her narrative.