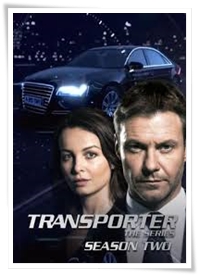 Season two of The Transporter benefited from remodelling Frank Martin’s character into something more akin to MacGyver. The focus was still on action (driving and hand-to-hand combat) but the show’s newly grown social conscience made it far more watchable. Inevitably, cancellation followed.

← The Cockatrice Boys
Doctor Who: Lurkers at Sunlight’s Edge →