Tolkien and the Great War

Tolkien and the Great War: The Threshold of Middle-earth 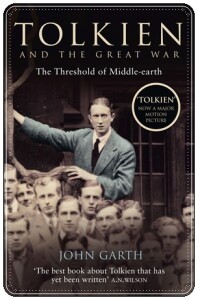 Garth’s knowledge of Tolkien’s writings leads at times to an overwhelming focus on the minutiae of his invented languages and mythology. The strictly biographical aspects are more accessible, giving a good sense of (educated) life pre- and during the First World War.