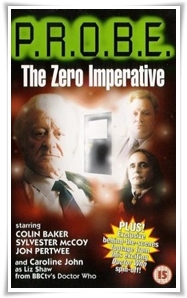 A creepy Doctor Who spin-off that sees Liz Shaw investigating supernatural deaths at a psychiatric hospital. Liz, however, doesn’t actually feature that much, and it’s a little difficult to reconcile the other Who actors (four ex-Doctors, no less!) with their new roles.