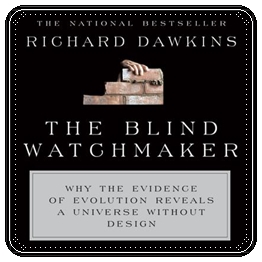 In this measured (pre-confrontational) treatise on evolution, biologist Richard Dawkins cites numerous real-world examples and constructs thoughtful analogies to make accessible a topic of vast complexity. Sections of the audiobook are read alternately by Dawkins and Lalla Ward, which invigorates the text.

← SS-GB, Series 1
Doctor Who, Doom Coalition 2: Scenes from her Life →