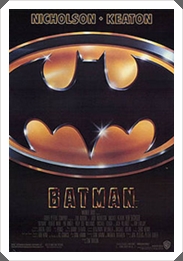 By far the pick of the franchise pre-Nolan — albeit not as funky as Prince’s soundtrack would intimate — the original Batman soared, giving us Jack Nicholson as a whimsically understated over-the-top Joker and Michael Keaton as the most beguiling Bruce Wayne of all.