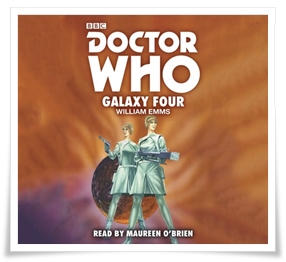 Galaxy Four is perhaps the closest Doctor Who ever came to straight-up exploration science fiction, complete with doomed planet and rampant xenophobia. William Emms, novelising his own script, delves into the characters’ thoughts and so adds considerable depth to the on-screen action.

← Great Day For Up
The Truth →