Psmith in the City

Psmith in the City 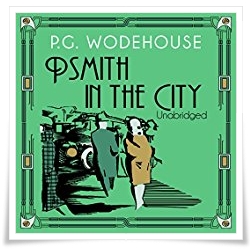 Wodehouse’s glib paean to the banking profession exhibits some of the style but little of the intricate substance of his later works. The loquacious Psmith has his charms, yet the narrative voice is comparatively lacking, the plot rather straightforward in its weave.