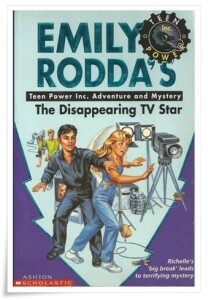 Not much of a mystery. Also, while the Teen Power kids prove fractious as ever, Richelle’s character is difficult to stomach in the first person. Her surprise revelation (which would have made sense from Nick’s POV) comes across as an authorial cheat.