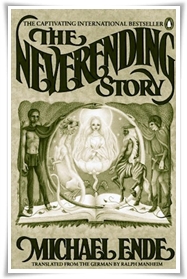 Fantastica is aptly named and the fantasy adventure gains an extra edge of wonder by having its fictional reader incorporated into the story. Where the film version ends, however, the book morphs into a didactic quest narrative and plods on, seemingly forever!