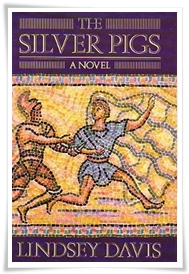 The mystery doesn’t amount to much or even feature heavily in this long-ish debut novel. The Ancient Roman setting, however, is refreshing in its detail and Didius Falco (history’s first down-and-out detective!) has a certain appeal, especially as voiced by Christian Rodska.