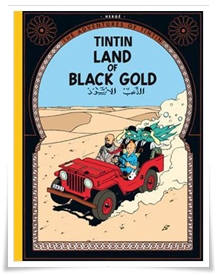 Land of Black Gold had a troubled creation (which ultimately shows), interrupted by the German invasion of Belgium in 1940, completed six years later and then revised twice more, ultimately being shoehorned— without a commensurate joie de vivre—into the Calculus years.

← Artemis Fowl: The Opal Deception
Five Children and It →