Voyage of the Star Wolf

Voyage of the Star Wolf 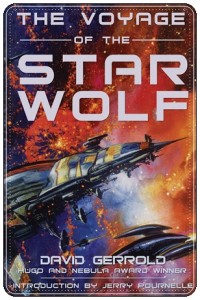 Gerrold’s second book in the Yesterday’s Children / Star Hunt universe features a similarly disreputable ship and an even more grim scenario, and for reasons unknown brings back First Officer Korie (with scant regard for continuity). The story itself is darkly compelling.

← Decoy
The Mystery of Holly Lane →