by Derelict Space Sheep on February 7, 2019 in 42 Word Retrospectives • 0 Comments 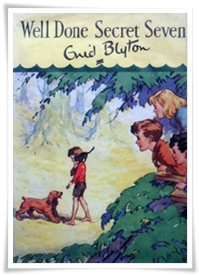 A simple little one-sitting mystery, which actually takes up less of the book than the children’s building of a treehouse. The Secret Seven think rather highly of themselves but here lack much by way of character – except for Scamper the Cocker Spaniel.