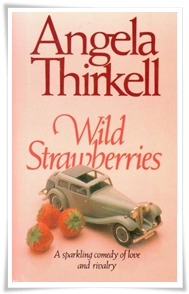 Charitably, a deadpan satire on manor houses and the British upper crust. Despite the odd piece of drollery, however, a suspicion grows that Thirkell must rather have identified with her carefree, superficial characters, parody thereby giving way to endorsement and straightforward romance.