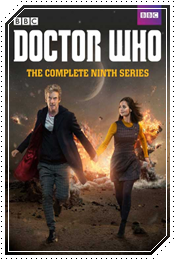 Bookended by Steven Moffat’s tulipomaniacal stake-raising and overblown (if ingenious) retrofitting of Doctor Who’s mythology, the other writers of Series 9 have crafted a straight flush of dark, self-contained science fantasy; gothic disturbances in which Peter Capaldi adds depth to his characterisation.