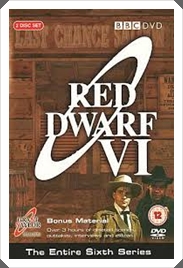 After a stellar run from 1988-1992, Red Dwarf returned in 1993 as a caricatured shadow (almost a parody) of its first five seasons, stripping the crew of all seriousness and sacrificing thematically self-contained episodes for cheap laughs and a token story arc.