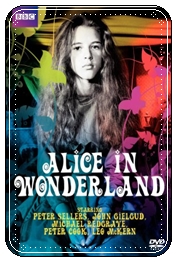 An unwatchably surreal black-and-white adaptation in no way redeemed by its bevy of renowned actors and music by Ravi Shankar. Fifty years on and for one sixtieth of the time invested, viewers should YouTube ‘Prince of Parties’ by Flight of the Conchords.

← The Official C.I.A. Manual of Trickery and Deception
Star Wars – Dawn of the Jedi: Into the Void →