by Derelict Space Sheep on September 15, 2020 in 42 Word Retrospectives • 0 Comments 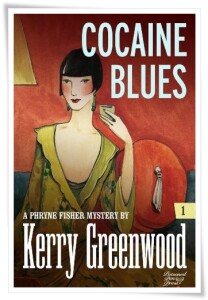 Greenwood evinces as no-nonsense an approach to plotting as does the irrepressible Phryne Fisher to solving mysteries and bucking societal norms. The result is a fast-moving romp through 1920s Melbourne, more worldly than Wodehouse but with a similarly delightful turn of phrase.