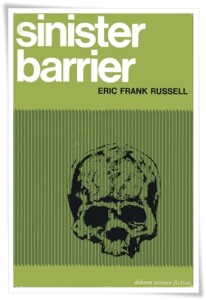 Russell’s first novel evinces nothing of his later puckishness. Instead it is a hardboiled SF invasion yarn that reads well under its own steam but less so when the characters act as mouthpieces for Russell’s Fortean beliefs, which informed the chilling concept.

← In a Valley of Violence
How to Train Your Dragon: The Hidden World →