42 Word Review: Doctor Who – Fear Itself

Doctor Who: Fear Itself 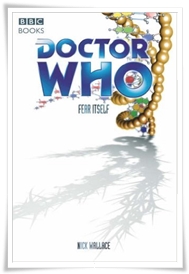 Fear Itself is of that rare breed of standalone Doctor Who novel the success of which doesn’t depend on familiar echoes of the programme itself. Wallace crafts a mystery — one that actually wouldn’t work on television — melding setting, characterisation and genuine intrigue.