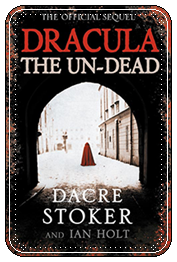 Even if there were some merit in two first-time novelists having repudiated Bram Stoker’s original so as to reassert by proxy his control over Dracula lore, this ‘official’ sequel’s horrific, penny dreadful prose situates it a long way from classic gothic literature.