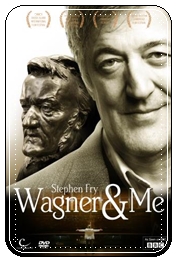 Truthfully titled, this documentary is perhaps too much about Fry’s passion for Wagner’s music, too little about the more historically significant equating of Wagner with Nazi Germany, and the extent to which Wagner’s powerfully operatic Gesamtkunstwerks may have informed Hitler’s nightmarish fantasy.