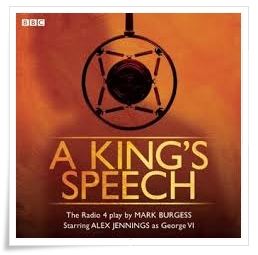 A short radio play — not bad but superseded a year later by the film — detailing the relationship between speech therapist Lionel Logue and the most famous stutterer of his day, King George VI. Some of the conversations seem rather contrived towards exposition.