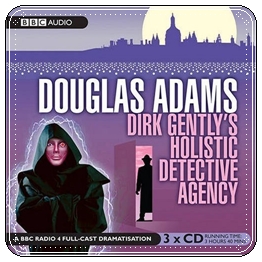 Although overly chaotic at the outset (and no doubt baffling to those not already familiar with Adams’ novel), Maggs’ adaptation finds its feet and diverges, becoming a clever piece of comedy. Harry Enfield makes a fine Dirk; likewise Billy Boyd as Richard.