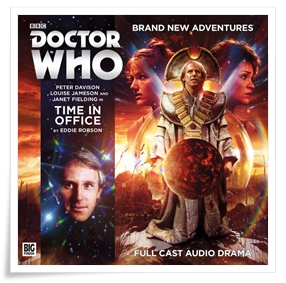 Four mostly self-contained episodes revisiting the notion of the Fifth Doctor as President of Gallifrey. Robson plays around with tropes and there are some amusing moments, albeit that the overarching narrative wavers between comedy and drama and cops out in an anti-climax.

← The Comics of Hergé
The Last Werewolf →