I Was Douglas Adams’s Flatmate

I Was Douglas Adams’s Flatmate, and Other Encounters with Legends 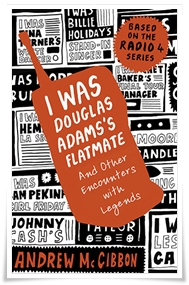 With the exception of the title piece, this collection of reminiscences focusses far more on the people making them than on the legends in question. It’s an interesting enough hodgepodge but reads rather like a single good idea released as an album.

← Doctor Who: Last of the Cybermen
Torchwood: Another Life →