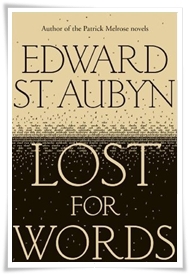 Albeit a clever excoriation, Lost for Words is consumed from within by satire and stands not just against but also thus as absurdist champion of pretentiousness. St Aubyn, in lampooning lit. culture and awards, does rather seem like he’s angling for one.

← Doctor Who: Day of the Vashta Nerada
Son of Holmes →