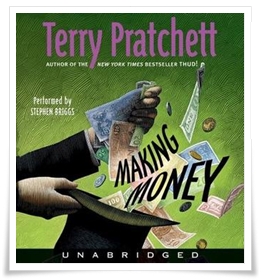 Pratchett, in the midst of a sequence of novels aimed as much at modernising the Discworld as making merry, pits former confidence man Moist von Lipwig against Ankh-Morpork’s banking sector. The telling is droll but by Pratchett’s standards the story is uninspiring.