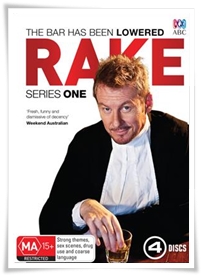 Australia’s take on quirky legal drama. Richard Roxburgh stars as Cleaver Greene, a defence barrister whose success in court is matched only by the cataclysmic failure of his personal life. Greene proves eloquently soused as he both embraces and rails against misfortune.

← The Knife of Never Letting Go
Doctor Who: Fury From the Deep →