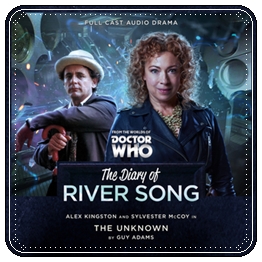 A clever opening to the series, the time conflux allowing not only for River Song to meet the Seventh Doctor but also to assert herself as the primary protagonist, respectfully stealing his thunder. A base under siege story with strong female characters.

← The Ordeal of Gilbert Pinfold
Three Men in a Boat →