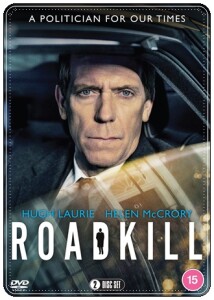 A dark, murky series, both literally and figuratively. Marketed as a thriller and scored to signpost non-stop sinister goings-on, Roadkill is more truthfully just a stylised reflection of modern society; particularly its political disingenuousness and corrupting influences. Well acted but rather dispiriting.