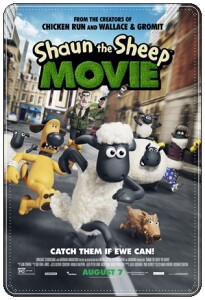 A stop-motion animated children’s comedy harking back to the days of silent film. The story is cleverly plotted and unfolds entirely without dialogue, making ingenious use of its medium. Delightfully absurd and visually engaging. The sheep’s people disguises are played to perfection!

← How to Train Your Dragon: The Hidden World
Doctor Who: The Demon Rises →