The Kingdom of Bones

The Kingdom of Bones 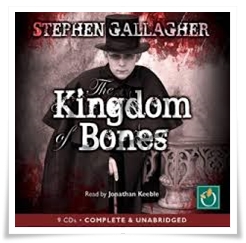 A slow-moving but enthralling story of murder and redemption in three acts. Stephen Gallagher does full justice to England in the late 19th and America in the early 20th century. Jonathan Keeble definitively captures the characters of Sebastian Becker and Tom Sayers.

← Mythos
Hounds of the Underworld →