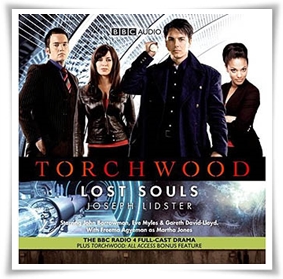 Having been written and broadcast to coincide with the switching on of the Large Hadron Collider, this radio drama in retrospect seems over-focussed on that aspect of the script. Likewise the Torchwood team’s lingering trauma subsequent to the second series’ harrowing finale.

← Doctor Who: The Lost Angel
Galahad at Blandings →