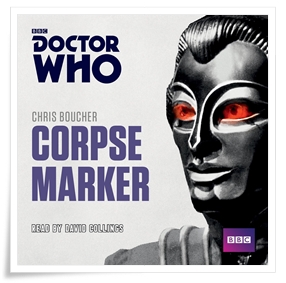 Back in the late 1970s Chris Boucher established the character of Leela, wrote the classic Doctor Who story The Robots of Death, and script-edited Blake’s 7. Little surprise, then, that his robots sequel Corpse Marker showcases the better qualities of all three.

← Hounds of the Underworld
Unseen Academicals →