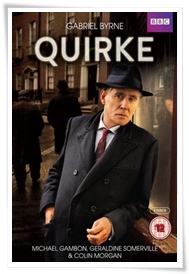 Marketed as crime noir, Quirke makes clever use of colour and greyscale in characterising 1950s Dublin. The drama in this nuanced miniseries is people- rather than plot-driven, Gabriel Byrne leading a fine cast through three feature-length explorations of drink, death and dishonesty.