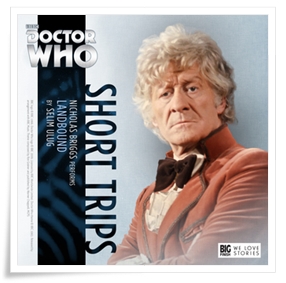 While exiled on Earth, the Third Doctor crosses paths with a grounded sea captain. After an uninspiring beginning—a rather forced set-to wherein the Doctor can display his Venusian aikido—this develops into an apposite, rather wistful vignette, cathartic for both characters.