Downfall of the Gods

Downfall of the Gods 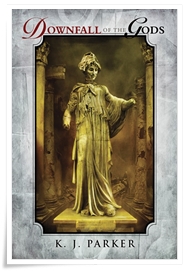 Parker knows a cynical thing or two about human nature, and in this droll fantasy novella exposes the gods as being equally prone to self-destruction. Told from a divine perspective, her quest narrative follows its own succulent logic through several unexpected turns.