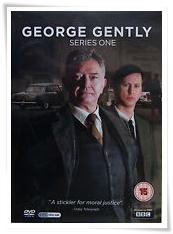 A serious police drama in three feature-length episodes, notable for its 1960s North-East English setting as much as the criminal investigations depicted. Martin Shaw and Lee Ingleby strike up an immediate and singular dynamic as the eponymous Inspector and his impetuous DS.