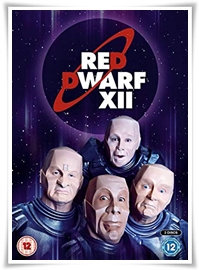 In which Red Dwarf becomes a shadow of even the shadow of earlier series. Lister jamming with a reformed Hitler is admittedly a highlight, but for the most part the boys from the dwarf are putting on a fannish tribute to themselves.

← Doctor Who: Empire of the Racnoss
Doctor Who: The Carrionite Curse →