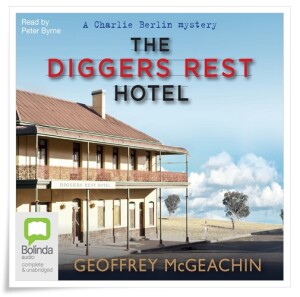 Former bomber pilot Charlie Berlin is sent to Wodonga to track down a gang of armed robbers. His investigations seem almost peripheral to McGeachin’s purpose: a well-drawn character study of Berlin and of rural Australian society shortly after the Second World War.