The Men Who Stare at Goats

The Men Who Stare at Goats 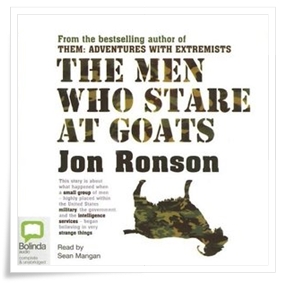 Ronson’s exposé on the US military’s attempts to develop paranormal regiments after the Vietnam War is so outrageous yet somehow so plausible, it reads half as absurd fiction, half as laugh-out-loud scary fact. Mangan treads the perfect line between deadpan and disbelief.