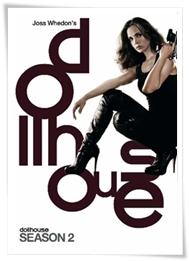 Dollhouse series two carries itself like a show that’s seen cancellation in its future, hastening with dour determination towards a dystopia now seemingly inevitable (although thankfully Enver Gjokaj has his show-stealing acting moments). Much of the original appeal falls by the wayside.