The Girl Who Played With Fire

The Girl Who Played With Fire 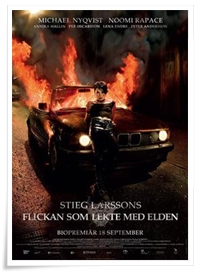 Well acted but lacking the self-contained rage and dark suspense of ‘The Girl with the Dragon Tattoo’, this sequel constitutes instead the treading-water first instalment of a two-parter. By no means bad, it is indisputably the Empire Strikes Back of the trilogy.

← Rumpole: The Gentle Art of Blackmail & Other Stories
Doctor Who: Shadow of the Past →